Quantum objects, which may be represented by a pair of entangled photons, during their separation reveal some resemblance of information connection (or entanglement). Moreover, the quantum state of one photon, for example polarization or spin, can be instantaneously transferred to another photon, which becomes the analogue of the first one, and then collapses, disappears, and vice versa. There may be any distance between the photons. This event was called Einstein-Podolsky-Rosen(EPR) Paradox. The term “Quantum Nonlocality” is the synonym of this phenomenon.

Einstein didn’t know about Complex Structure of Time, about its Fractality

This seems to violate the principle of causality – the cause and consequence are not separated by time, if we see time as enabling linear event sequencing. Einstein didn’t know about complex structure of time, about its fractality. Contradiction of Einstein’s theory with actual physical reality has persisted for about 30 years.

“Entanglement” is an Elementary Base for Transmission of Genetic

It is possible that such “entanglement” is an elementary base for transmission of genetic (and mental) information between organisms, which can be seen as a continuum of elementary particles, where macro-level properties repeat the properties of the micro-level. In this entangled state, both particles are a part of the same quantum system, so that whatever you do with one of them predictably effects another.

Quantum teleportation — the transmission and reconstruction over arbitrary distances of the state of a quantum system — is demonstrated experimentally. During teleportation, an initial photon which carries the polarization that is to be transferred and one of a pair of entangled photons are subjected to a measurement such that the second photon of the entangled pair acquires the polarization of the initial photon. This latter photon can be arbitrarily far away from the initial one. Quantum teleportation will be a critical ingredient for quantum computation networks.

Experimental execution of the EPR-Paradox required co-existence of three photons. This experiment was carried out by two research groups, one in Vienna, headed by Anton Zeilinger, and another group in Rome, directed by Francesco De Martini. The experiments of Zeilnger group [Bouwmeester et al, 1997] proved EPR principles to be practically feasible for optical fiber transmission of polarization states between two photons by means of the third photon within distances up to 10 kilometers. Since this discovery, leading countries have been discussing powerful programs to apply this effect for the creation of quantum optical computers with photons as information carriers. The speed and data processing power of such computers would be thousands of times greater than existing computers.

Linguistic Wave Interactions of a Non-Statistical Nature, or TELEPATHY

Nonlocality of the Genome in its Holographic Functions

Here reading-scanning of the genome-biocomputer is performed via endogenous laser radiation and soliton gene-structures excitations. The genome’s nonlocality (encoding and emanating the chromosomal continuum’s gene-information)is already preprogrammed in its holographic functions. This information is distributed in the genome in the form of a hologram and/or quasi-hologram and simultaneously in the form of a fractal.

This distribution of information is possible if we see the genome from purely material perspective. At this level of gene-information, quantum wave non locality does not yet function. When such gene-holograms are being “read” in a wave manner, the matter of chromosomes emanate linguistic-like wave fronts as directive vectors for morphogenesis (the generation of form). This is essential for maintaining the stable space-time structure of the bio system. For this purpose, the genome generates step by step, layer upon layer, an”ideal”(wave) model

If this mechanism is used, then it becomes clear why strategic linguistic biomolecules -nucleic acids and proteins -have L-isomer components, helical twists and, therefore, pronounced abilities of optical rotatory dispersion, circular dichroism and birefringence.

Quantum Nonlocality is synonym for Einstein-Podolsky-Rosen (EPR) Paradox – Einstein didn’t know about Complex Structure of Time, about its Fractality – Entangled State of Elementary Particles solves the Dual Material-wave State of Quantum Objects – “Entanglement” is an Elementary Base for Transmission of Genetic – Experiment of Quantum Teleportation – Experiments led to Construction of Quantum Optical Computers – Linguistic Wave Interactions of a Non-Statistical Nature, or TELEPATHY – Nonlocality of the Genome in its Holographic Functions – Linguistic-like Wave Fronts as Directive Vectors for the Generation of Form 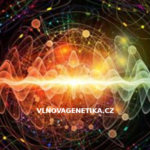 2 thoughts on “ARE THE GENOMES OF MULTICELLULAR ORGANISMS QUANTUMLY NONLOCAL?”